BC Bike Race.  This is my story of 7 epic days of mountain biking in British Columbia, Canada.

July 7, 2017. Today was the first day on the mountain bike that I welcomed fire road with open arms. The single track was that hard (and AWESOME!).

After traveling from Vancouver the day before, we woke up at 5.30am after a decent night’s sleep in tent city in Cumberland.  Cumberland is on Victoria Island, an old logging town turned into a mountain biking destination. There was nervous chatter and endless snoring all around us, so I was glad that indulged in the free earplugs! There was still dew on the tent and the air was brisk.  Even at 6am, you could tell that it was going to heat up. 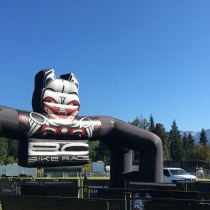 We had bought the meal package, which covers all the breakfasts and dinners during the course of the week.  We were never disappointed.  EJ kept on waiting for the catering crew to ‘recycle’ food… and it never happened.  Plenty of desserts and portions to go around!  Yes, I would have loved a glass of wine for dinner… but that really wasn’t even needed.

After eating breakfast that first morning, it was time to collect our bikes and get ready.  The BCBR crew did a great job of transporting our bikes, via ferry, and there was no nicks, scratches or bruises to our trusty steeds.

EJ and I started with the rest of the baggie shorts. It was pretty clear, the first few self-selected waves wore spandex and lycra. By the time they got to our waves, there were a lot more baggie shorts, hydration packs and let’s say… ummm… a insulation layer that comes with good food and beers.  🙂

As expected with any stage race, Day 1 started with a long climb to help sort people out. My plan was to go easy today, keep the heart rate in control and just get used to the terrain. Then we got to the single track…

This was the 2nd part of sorting people out.  If I wasn’t comfortable with little drops and roots, I would have been screwed. It was technical (and fun).  I instantly regretted not pushing myself harder in the gym this winter. Upper body plyometrics would have been awesome.  Lesson learned.

The feature trail of the day was “Vanilla”. It was awesome… I had never ridden in old forest right into new growth.  It was beautiful. Actually the whole ride was awesome. (Except for the heat.. that slowed us all down). It was beautiful and of course I stopped to take a few pictures.

Overall, the day was hard.  The course took me longer than anticipated and set my expectations for the rest of the week.  After self-selection on the first day, the BCBR crew sets your wave based on your first day’s time.  This put me in the back of the pack… the purple group.  Even though I was disappointed by this labeling, I learned to embrace it through the week (more on that later).

A hot shower and eating up awaited me, but that was after the WD-40 wash station (yes, someone else will wash your bike for you…everyday of the race). This day, I also checked my bike into Obsession Bikes for the night, as my bike was making some new sounds that I wanted repaired by tomorrow’s ride. (The race travels with a mechanical crew that works through the night to get all the bikes ready prior to the next stage… heaven!!  Everyone that I talked to visited them at least once.  They did a GREAT job!)

EJ and I boarded our next ferry ride over to the Sunshine Coast.  We’d be staying in Powell River for the next 2 nights.  They call it the Canadian Riviera…. 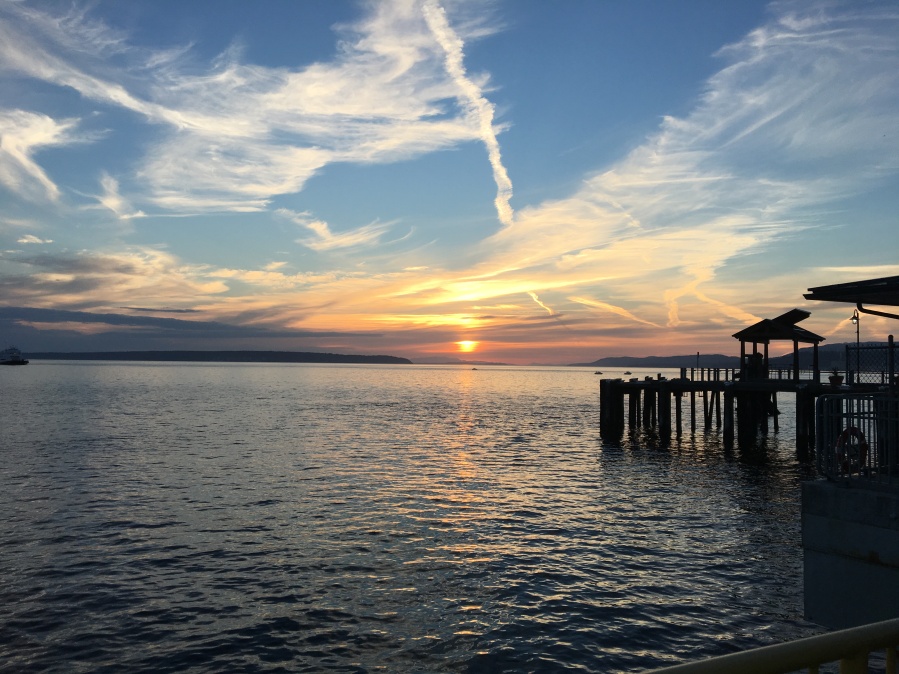 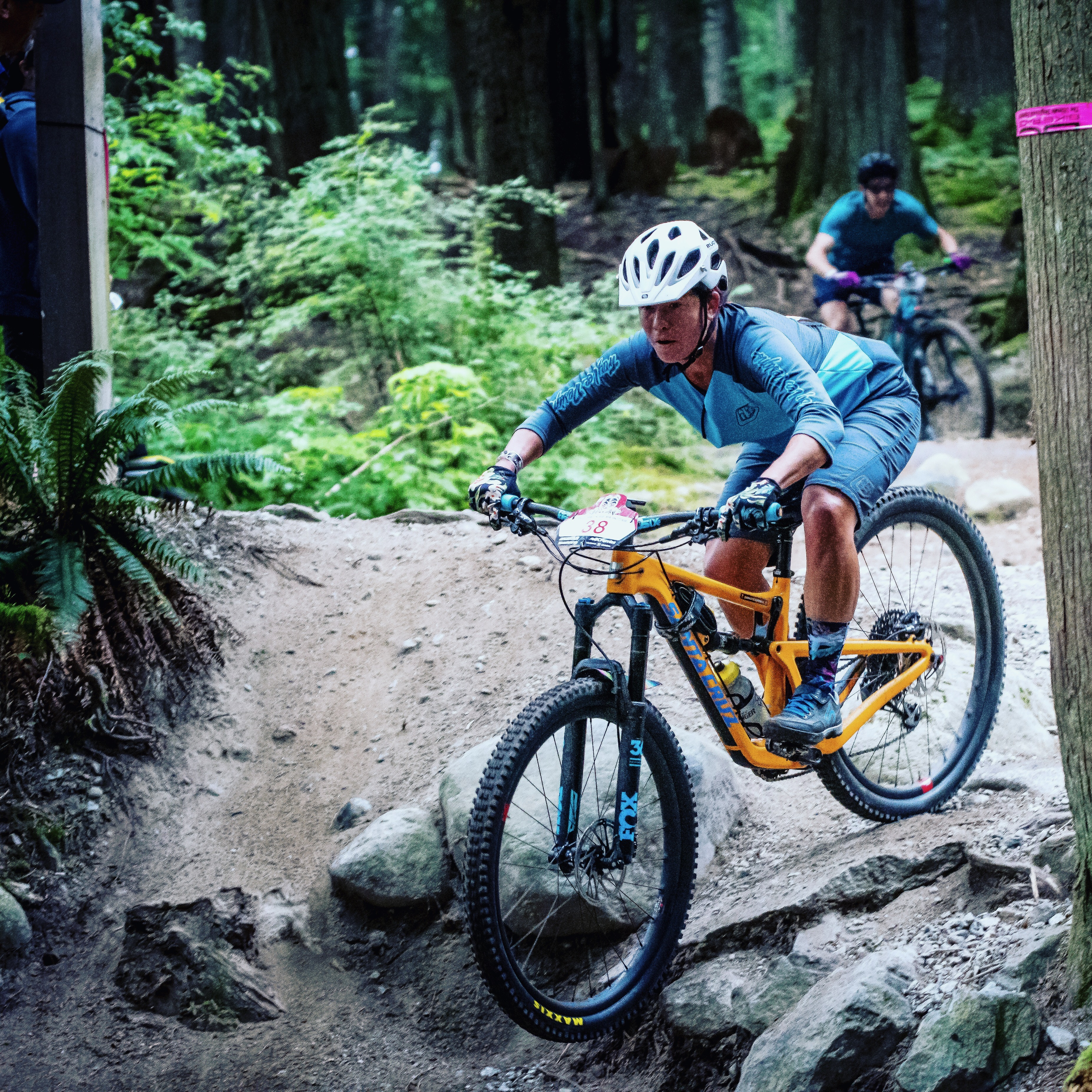