BC Bike Race.  This is my story of 7 epic days of mountain biking in British Columbia, Canada.

July 8, 2017.  After finishing my first stage in Cumberland, my arms were feeling a little weak and I was thankful for all the training that I’d done (Don’t worry, it still wasn’t enough!)  I met up with EJ and we traveled across the water to Powell River.

During the ferring ride, we were talking to a lot of other people in our “tribe” (This is what I’ll refer to when I talk about the slower purple group) our eyes were opened at the technical nature of riding in British Columbia…. AND we were all having a great time!

Tent city had an awesome view.  It’s not very often that you can look across the water to snow capped mountains.  It was grand!

The stage took off directly from the campsite.  No huss or fuss…. eat breakfast and GO!

I truly enjoyed this course.  After the pounding of Stage 1, this stage was great and gave me the confidence that I needed to usher me through the rest of the week.  The course, as with Stage 1, was gorgeous.  Lots of plush forest, old growth, new growth and everything in between.  It was amazing. 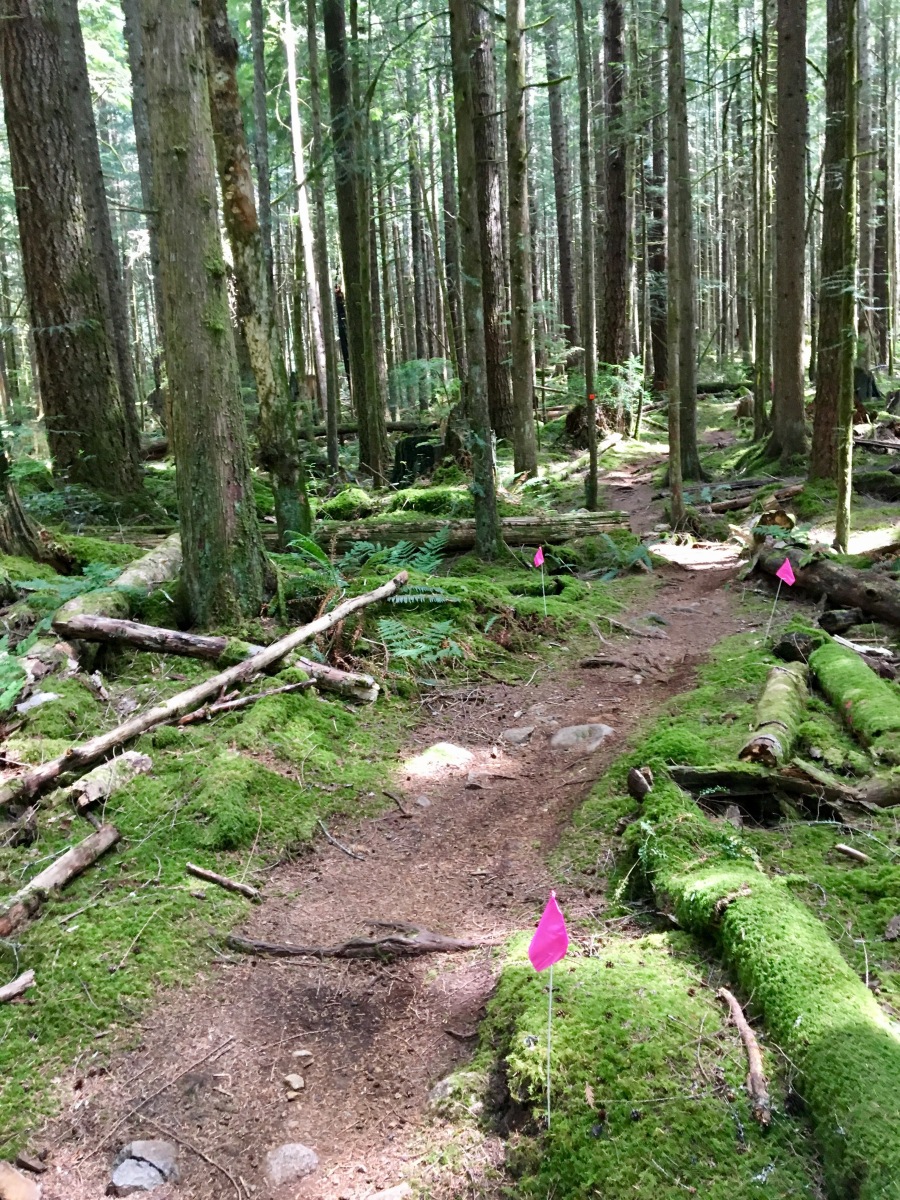 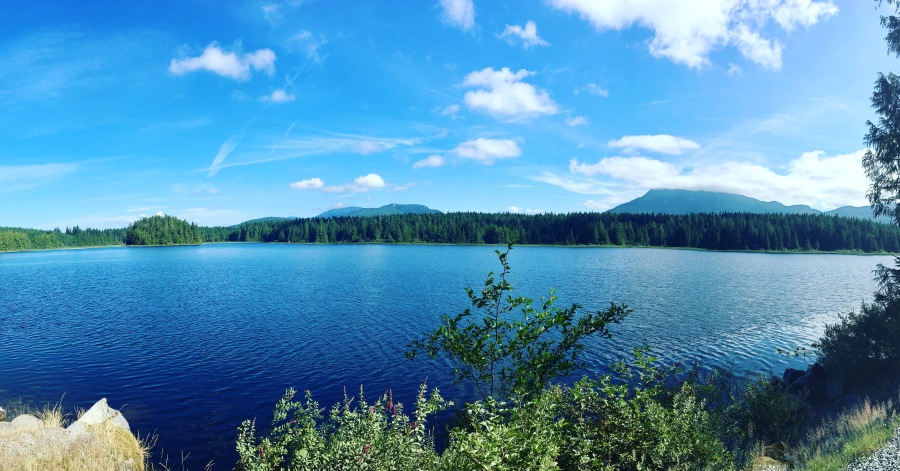 After the course, I soaked my legs in the cool water and headed to the showers.  Somehow my back had gotten all funked up during travel and now I had a nice saddle sore blooming on the my left side.  In that vein, I made sure that I got a massage (heaven!) and did yoga that night before heading to bed.

We got to spend another night at the same campsite.  It was nice to not have to pack up and instead watch the sun set and talk with mixed emotions about the hard Stage 3 that was coming all too soon.

One thought on “BCBR2 – Powell River”